Jorge Lorenzo and the hill he couldn’t climb

“It’s been one hill after another
And I’ve climbed them Lord, one by one

The five-time World Champion has stated the last round of the 2019 MotoGP season at Valencia will be his last race.

You’re going to read a lot about Jorge Lorenzo in the next few weeks. And nearly all of it will be stats of his racing career, quotes from his farewell speech, and declarations of how the sport will be the lesser for his retirement.

Oh, and pronouncements of sadness. We must not forget the sadness which will apparently overwhelm MotoGP fans as Jorge leaves the field. 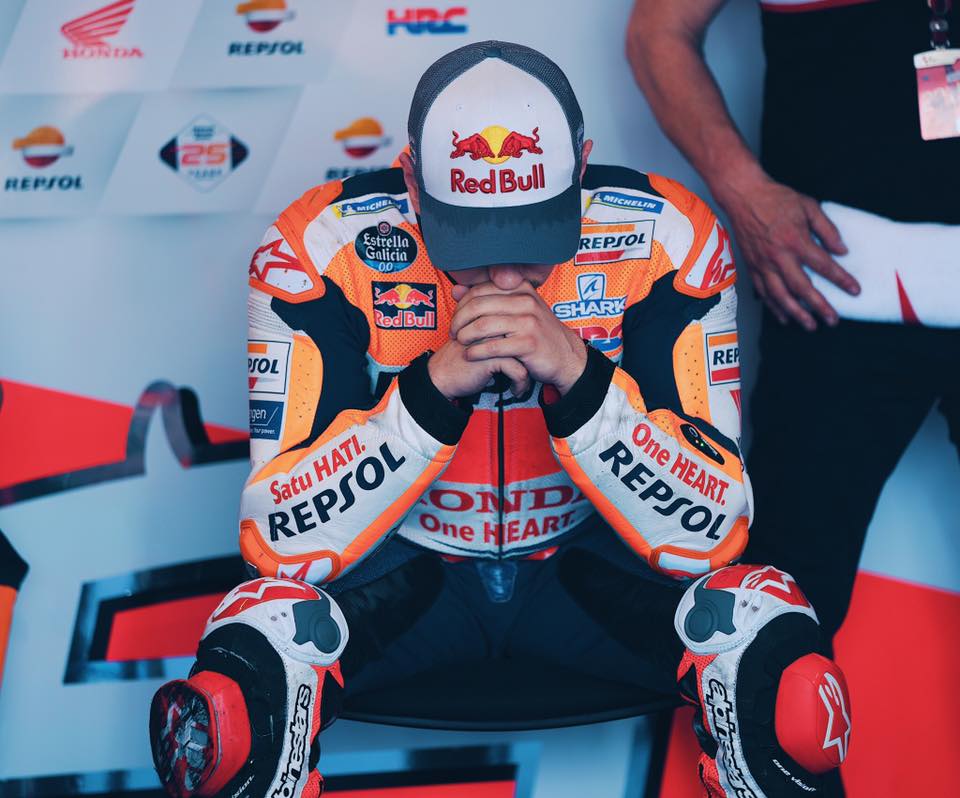 It’s all kinda predictable, isn’t it?

Am I sad that Jorge has called it quits? Well, no. Not in the true sense of the word. It would have been great to see him come to grips with the Honda and start banging up the front, but whether that was ever going to happen was taken out of his hands when he broke his back.

I think I would have been sad watching him stay and race Abram and Rabat at the back of the field. That sure must have burned some, that.

Will the sport be lesser for his departure? No. That’s just silly. The sport will not be lessened even when Rossi leaves. The sport is MotoGP. It is no-one’s bitch. It is cruel, it is glorious, and it is why we watch it.

Lorenzo leaving will have no effect on any of the other riders, the crowds, the TV deals, Carmelo, Puig, Jarvis, or anything. Those of us who love the sport will continue to watch and follow every move of whoever is racing, wherever they race.

Because it is about the racing, isn’t it? Sure, we love to hate Rider X and we adore Rider Y. We make bold statements about them even though we don’t know them personally and never will. But that’s how it works.

Sometimes, idiots will pipe up and say things like: “How many championships have you won to say something like that about rider so-and-so?” Clearly, people like that simply don’t understand passionate racing fans. I have never flown a plane, but when a trained pilot flies one into a mountain, I can make a call and say he screwed the pooch, can’t I?

I satirised Lorenzo mercilessly in Dear George. He was an easy construct to satirise. As, quite frankly, is the rest of the field. The whole sport is ripe for satire – vicious, cutting, insightful satire. Because that is what satire must be to be good.

But when you crack the big time – MotoGP – that is sure some serious shit. Lots of money is stake. Lives are at stake. Egos are vast and testicles are measured in tonnage. My awe-metre is in the red zone.

Lorenzo was one of the best. No question. History will certainly be kind to him – and it should. He has delighted me with his racing ability, and his sheer determination and focus. He is as courageous as any of them. If you’ve been following MotoGP for a while, you’ll know exactly what I am talking about.

But while he has climbed many hills in his storied career, this time he had to climb a mountain. He may well have climbed it. I do not know. Only he knows if that climb was possible. And I am sure he thought long and hard and deep on it. He is, after all, an elite racer. Racing for him is indeed life, not a sticker on a ute.

No-one goes racing not wanting to win. Coming second is not what it’s about. And since we’re dealing with a man who has won five world championships, it’s not hard to imagine where his head has been at in recent times.

Ultimately, the mountain he was presented with was one he chose not to climb.

Would Honda have sacked him? Maybe.

Could he have gone to another team? Maybe.

Or having examined all of these possibilities, gazed upon the pile of money he slept on each night, and considered the nagging ache his spine might be giving him each time he hauled on the brakes from 340km/h, and the ever-present chance an error could see him crippled for life – in which case what good is all that money anyway? – he decided that mountain will stay unclimbed.

It is not for any of us to even speculate on what he should have done. He did what he did. And he did what he decided was the best thing for him to do. Amen.

Thank you, Jorge, from the bottom of my heart, for giving me some of the most exciting races I have ever seen. You were weird and quirky – the cat who walked by himself, as Kipling might have called you. But you were a MotoGP racer – one of the best there ever was.