DANI PEDROSA – THE BIGGEST RACER OF ALL TIME 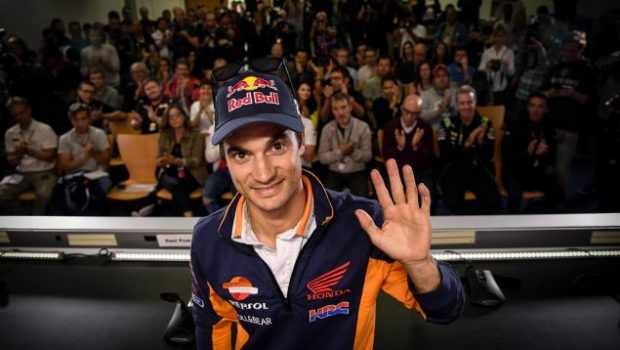 I realise that most people could not give a toss about my state of mind. My happiness or sadness is, after all, my business.

But I am ineffably saddened to hear of Dani Pedrosa’s retirement from MotoGP.

I don’t know Dani, I have never been a particular fan of his – certainly not in the early days of his career when I published some terribly hateful articles decrying his lack of championships, but I have very much come to truly admire and respect him over the last few seasons.

But I don’t know if that’s why I am so sad he’s retiring.

I admired and respected Casey Stoner, but I did not then, and do not now give a shit about his retirement from MotoGP.

So I’m not at all sure why I’m sad about Dani’s departure from the sport I love so much.

Perhaps I shall know the answer to this at the end of this piece.

I can only vaguely imagine how difficult the decision to retire from MotoGP must have been for him. 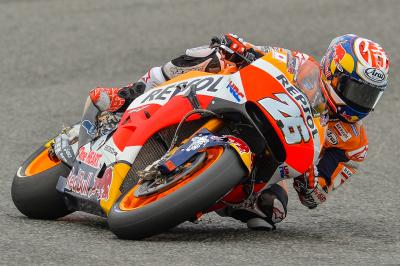 I have no terms of reference, of course, but to spend your entire life racing at a level maybe only a dozen other men on this earth can even approach and then decide to leave it all behind, must not have been easy.

But I cannot at all imagine how difficult just being Dani Pedrosa, factory Honda racer, must have been all this time.

How hard must it have been to live in the shadow of two of the greatest talents MotoGP has ever seen?

He was team-mate to both Stoner and Marquez.

How the fuck must that have clawed at his psyche each round? How mentally tough must Dani really be?

How was he even able to produce the results he produced?

And of course he did produce results.

Quite apart from his three world championships (one in the 125cc class and two in the 250cc class), Dani has 54 Grand Prix wins, 31 MotoGP wins, and has stood on the podium 153 times in the 18 seasons he has raced.

There’s no “probably” about it. He is the greatest motorcycle racer to have never won a MotoGP championship.

And at some stage in the relatively recent past, Dani Pedrosa must have come to understand that he will never win a MotoGP championship.

And with that realisation, the slow decision-making process to retire must have begun.

We could certainly see that he’d been struggling on the Michelin tyres in the last two seasons.

And the Honda is a hard bastard of a thing to ride. It takes a freak like Marquez to fire it across the finish line. 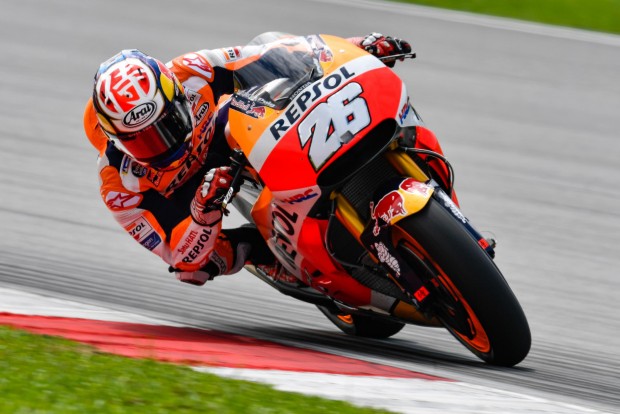 There is no question Dani himself would have come to the realisation that astride that Honda and running those tyres, that elusive championship was just never going to happen.

Should he have maybe gone over to the new Petronas satellite Yamaha team with Morbidelli next year?

He possibly could have won a few races astride the gentler, smoother and more forgiving Yamaha.

Or maybe not, and I reckon the attraction of being a satellite rider is somewhat less than being a factory rider.

I do not know the mind of Dani Pedrosa, but I reckon there could not have been all that much appeal in partnering Morbidelli.

What I do know about Dani is that he is a racer, forged in the fire of hard competition, annealed by cruel disasters, and tempered by occasional triumphs.

He has raced against and beaten the greatest racers of all time. On a good day, he is unbeatable.

It’s easy to forget he is physically the smallest racer out there. He always has been. 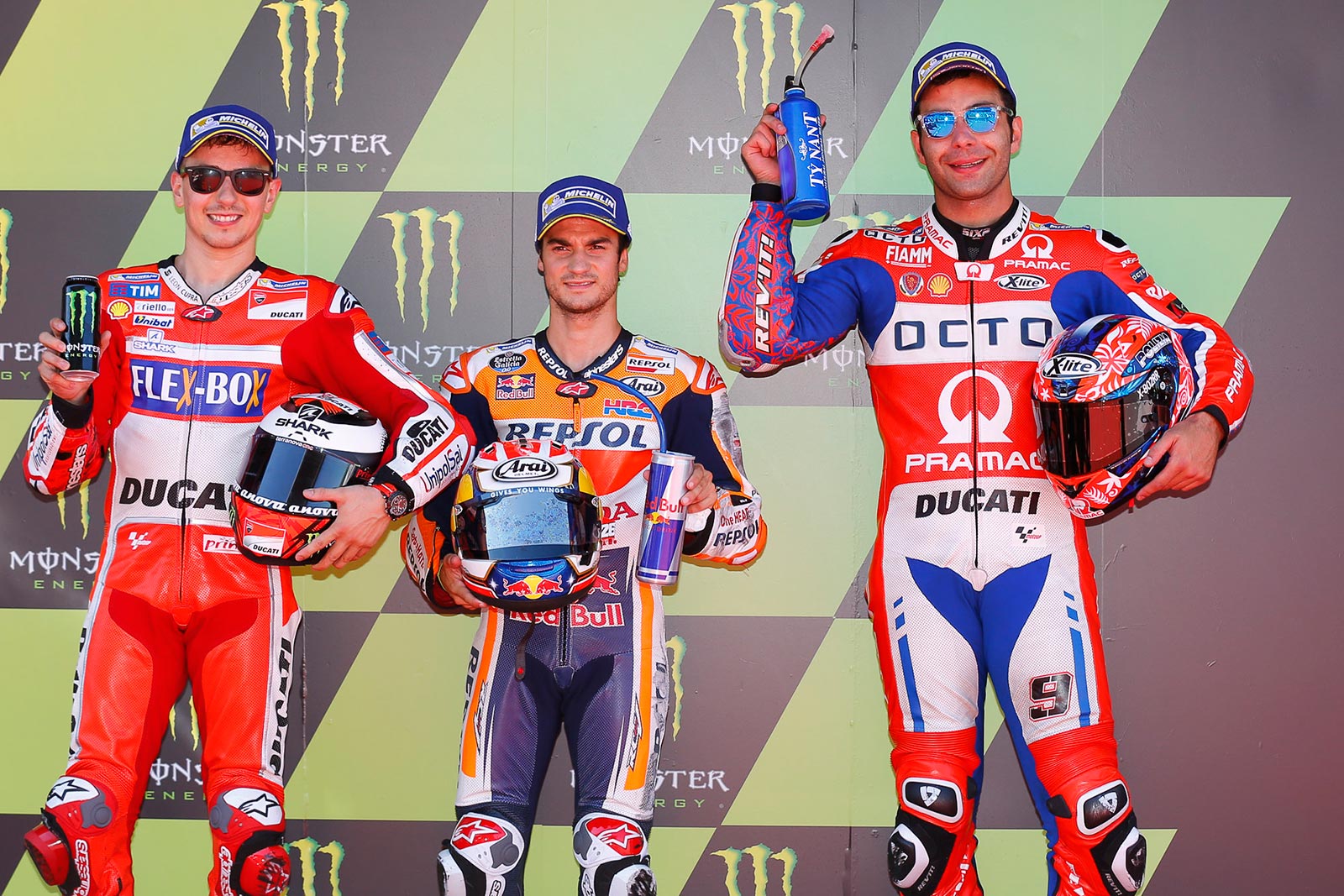 And that cannot ever have been easy for him. I cannot imagine what life would be like being 1.5m tall and weighing 51kgs.

But throughout and despite it all, Dani has maintained an unyielding and rather transcendental dignity.

Many people, including myself, took this dignity to be some kind of personality-free zone. And to my shame, I derided him for it.

After all, how can anyone compete with Rossi in the personality stakes? They can’t – and attempts by racers like Lorenzo to imitate Rossi’s post-win hi-jinks invariably come across as lame and forced.

But of course, MotoGP is not really a personality contest – even though the possession of a personality and the ability to promote it certainly does pay dividends.

What also pays dividends is integrity – and that is certainly one quality Dani Pedrosa has in quantities even Rossi would envy. 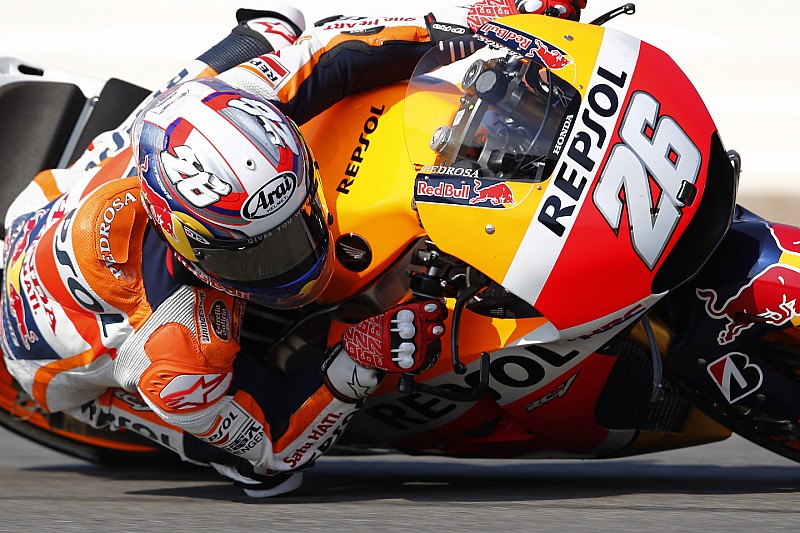 Dani is a clean racer. No-one can say otherwise. He has avoided off-track scandals and on-track histrionics. He races hard, very hard, but he always races clean. He is beautiful to watch.

I guess if you’re mixing it with him, you know he’s not going to chuck a Crazy Ivan manoeuvre and send you both into the gravel.

I have also come to appreciate his vast sportsmanship. Never was this more apparent than in recent times when Rossi, Marquez, and Lorenzo were all beating each other with handbags, making snide asides to the press, and generally pretending they were individually without any blame and the fault for whatever always lay with the other bastards.

I love that in MotoGP. It gives the whole thing a soap-opera quality and certainly humanises the racers.

But what I also loved was the way Dani Pedrosa behaved when he was asked by the media for his take on the internecine battles between 96, 99 and 46.

He was all class. He made no judgements on any of them. He said nothing controversial (which was in and of itself worthy of controversy), and was nothing if not conciliatory and consummately professional.

I suddenly found myself liking him. A great, great deal.

I am a fanatical Rossi supporter. One-eyed and feral.

But I reckon I have also become a dead-set Dani Pedrosa fan. He has made me into a fan of his.

And I don’t want him to retire.

He has been part of my MotoGP experience for the past 18 years. It’s hard to imagine the field without him.

His influence on the sport will always be understated, much like himself, but it cannot ever be denied.

I wish him every success in whatever he decides to do next and I hope the rest of his life is filled with good health and happiness, and that he gets a thousand-fold the joy he has given MotoGP fans over the last 18 years.

May the Gods of Speed watch over him and bless him. 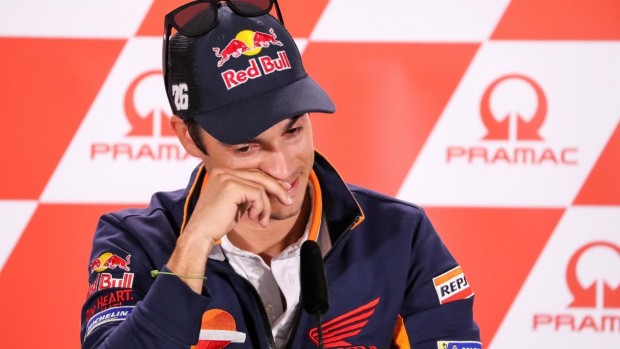